Transport in the UK

UK Railway services provide direct train connections to cities throughout the North of England and Scotland. Taxis and minicabs in UK are specialized in airport taxi transfers and daily taxi journeys. The government of UK offers well developed public transport opportunity to get from one end of the place to the other place.

Local authorities may provide some bus services and they must provide bus services to meet the needs of elderly and disabled people. The local authority will normally have a public transport officer responsible for bus services. They also manage and maintain bus interchanges and also plan and arrange necessary bur routes.

Bus services in London are the responsibility of Transport for London (TFL), which gives contracts and licenses to private bus operators. In London the bus services are operated by private operators. London buses are also responsible for bus stations, bus stops and other services.

All coach services in Britain are privately operated. There are number of bus companies such as Arriva, Greenline, Megabus... which provide a comprehensive services in a specific region. There are several bus passes available that give you unlimited travel within a specified area. Cheap Coach Hire UK is a leading coach rental booking service provider based in London UK. This provides a cheap coach hire in London.

Penalty fare is the on spot fare issued to anyone who does not have a valid ticket for their journey. The amount of the penalty, the circumstances in which passengers are and are not liable to a penalty fare, and the way in which appeals are decided, have been consistent across all schemes for some time. However, other aspects of penalty fares schemes are different for different operators.

Penalty fares are charged to passengers by company officials. If you do not pay the bus penalty fare when asked, you must give your name and address to the official representative of Transport for London (TFL). Refusal to supply these details is a criminal offence and you could be prosecuted. If you want to appeal against being charged a penalty fare - whether you have paid it or not - you have 21 days to do this. TFL then has to show why you should pay and, if you continue to refuse, will have to take proceedings in the county court. If you want to appeal write to Revenue Protection Services.

In London only, you may liable to pay a penalty fare if you travel without a ticket or valid pass. A penalty fare is not a fine but is a fare set at a higher rate than the normal fare.

If you have a complaint about any bus service (for example, unsafe driving, overcharging, late running, unacceptable staff behaviour) you should complain directly to the bus operator. The name and address of the operator must be shown on the vehicle and will also usually be displayed inside. In London, you can complain directly to Transport for London (TFL). In the case of complaint it is helpful to make contact as soon as possible with proof.

Passenger Transport Executives or local authorities and many private operators have charters or codes of practice setting out how complaints are dealt with and what a passenger can expect. They give a better response for all complaints.

If you have complained about a London bus service and are not satisfied to your needs, you should contact the London Transport Users' Committee (LTUC). Complaint polices and its procedures are supported by London buses senior management who regularly review complaints information and ensure that complaints handling is built into the corporate and strategic plans, and covered in annual reports.

If you are travelling outside London and have a general complaint about bus services, for example, about the lack of a service in your area or where a bus stop or shelter is situated, you should contact the local authority or, if you are in an area covered by a Passenger Transport Authority, the Passenger Transport Executive . In London, you should contact Transport for London (TFL) Buses Customer Service Centre. You can complain directly to TFL if your facing problems while travelling.

If you have a complaint about a bus service in Scotland, contact the bus service operator first. If this does not resolve the problem you can take your complaint to the Bus Users Complaints tribunal (BUCT) . BUCT can deal with complaints about service failures, staff behaviour, service provision and fares, and - if your complaint is upheld - can make the bus operator pay compensation. You must complain to BUCT as soon as possible, and no later than 28 days after you've received a final response from the bus operator. If the complaint is outside their remit, BUCT will pass it to a body who can deal with it, such as the Traffic Commissioner, or the Bus Appeals body. You cannot go directly to the Bus Appeals Body with a complaint about bus services in Scotland. You can also complain directly to the Traffic Commissioner for Scotland. The Traffic Commissioner cannot award compensation but can fine a bus operator or withdraw their operator's license.

Anyone who has a complaint about the quality of a coach service should address the complaint to the operator. If you are not satisfied with the way in which the operator has dealt with the complaint you should complain to the Bus Appeals Body (BAB).
Rail and Underground services
Penalty fares
Rail Services
Railway operators normally known as penalty fares trains can impose a penalty fare on a passenger who travels without the correct ticket in some areas. This will be an on the spot penalty above the normal fare and is not a fine. If the fare you should have paid is ?10.00 or less, the penalty will be ?20.00. If the fare was over ?10.00, the penalty fare will be double the fare.

You may want to appeal against a penalty fare if there was:- An appeal should be made to the Independent Penalty Fares Appeal Service (IPFAS) . This is managed by Connex SouthEastern Ltd, but as a separate unit whose management does not report to the commercial director. Most people agreed that appeals must be dealt with independently and consistently, but there was little agreement on what the practical arrangements should be.

IPFAS remains a separate unit, with its own accounts and a line management that does not report to the commercial director. It also continues to receive enough funding to carry out its functions, while costs are fairly distributed between operators using the service. To make sure that this is the case, we have agreed the charging arrangements between IPFAS and the operators who use the service.

There is a criminal offence of travelling on a train with the intention of avoiding paying the fare. If you are charged with this offence, you should get further advice from a specialist adviser, for example at a Citizens Advice bureau.

An individual who has been issued with a penalty fare notice on London underground service may submit an appeal against the decision within 21 days of the date of issue of the appeals. Appellant should write to the London Underground Penalty Fares Appeals Office For Address see under heading Transport services in London

If you want to complaint about train services you will get a complaint form at a station or you can also complain by telephone. In the complaint form you should give description of what happened. It includes the date and time of the journey, which stations you used, how many people traveled with you.. Train operators must have a passengers' charter that has been approved by the Rail Regulator. The charter gives information on how to complain by setting out service standards. There will be notices at station and on trains which gives complaint addresses and telephone bills.

When you have a complain about train services, if a complaint is likely to involve more than one company or if your not sure which company you should make your complain to, complain to whoever seems most relevant. After receiving a complaint form, this company should go through the complaint or forward it to the appropriate company or companies.

When you have a complain about train services, the National Enquiry Service (NRES) gives telephone information on timetables, fares and tickets on any route. We also get information from NRES about engineering works and the best route to travel. Contact number to complaint about the train service is 08457 48950.

If your dissatisfied with the outcome of your initial complaint to the line manager you can complain to London Underground Customer Service Centre. For address see under heading Transport services in London

If you stil feel unhappy with your outcome of the complaint you should complain to the London Transport Users' Committee (LTUC)
Taxis and minicabs
In London taxis and minicabs are the part ot the transport of london. In all areas outside London, the local authority regulates taxis, minicabs and their drivers. London taxis, minicabs and their drivers are now licensed by the Public Carriage Officer (PCO). For Address see under heading Transport services in London

Complaints about taxis and minicabs

Taxis
If you have a problem with driver's behaviour, vehicle to be unlicensed, unsafe driving, the driver not taking a passenger in a direct route or any other issues, make a complain about a driver or taxi operator. While complainig about a taxi operator, it is useful to have the vehicle registration number, license number of the taxi, operator name.. If you not happy with the outcome then make your complain to your local authority.

If your complaining about a taxi service in London and are not happy with the outcome you have received for your complaint, then make your complain to the Public Carriage Office (PCO) by giving the driver badge number, time of the incident, date, location and as much information as possible about the complaint For Address see under heading Transport services in London

Minicabs
You should first complain to the operator. If you are not satisfied with the result of a complaint to the minicab operator, go to your local authority or the Public Carriage Office if you live in the London area.
Personal injury and damage to property
If there are any damage to property and personal injury while travelling on public transport other than a train, it is wise to report it to the operator. If you can prove that your property or damage to property are because of driver's negligence, you may be able to claim for compensation against the local authority.

While in train if you 're injured or your property is injured, complain to the train operator or Miller Rail Claims. You can claim for compensation who has suffered personal injury or damage to property. If you have a serious problem you should report it to the Health and Safety Executive.
Transport services in London 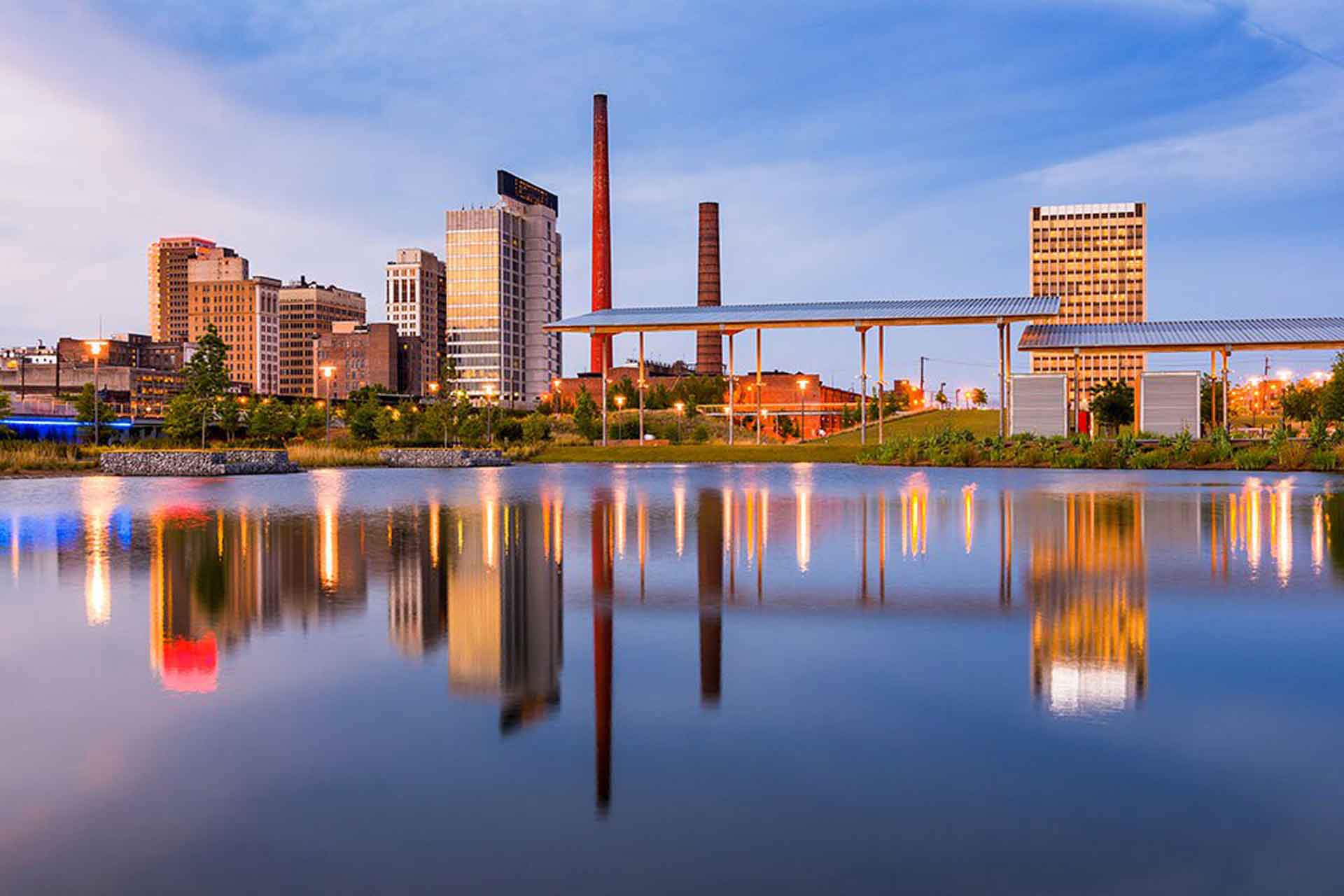 Other Links In UK