Political System in the UK

In United Kingdom monarch is the head of state and the Prime Minister is the head of the government. Executive power is implemented by Her Majesty's Government, on behalf of the Monarch, as well as by the developed governments of Scotland and Wales. 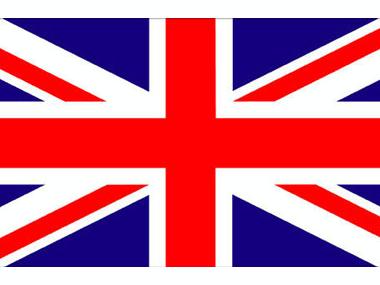 The Political System Of United Kingdom

The head of state and theoretical source of executive, judicial and legislative power in the UK is the British monarch, currently Queen Elizabeth II. However, sovereignty in the UK no longer rests with the monarch, since the English Bill of Rights in 1689, which established the principle of Parliamentary Sovereignity. Despite this the Monarch remains Head of State, akin to a President in European (but not American) political tradition.

Queen Elizabeth II & Today the Sovereign has an essentially ceremonial role restricted in exercise of power by convention and public opinion. However the monarch does continue to exercise three essential rights: the right to be consulted, the right to advise and the right to warn [1]. Prime ministers have weekly confidential meetings with the monarch.

Originally the monarch possessed the right to choose any British citizen to be her Prime Minister and could call and dissolve Parliament whenever he or she wished. However, in accordance with the current 'unwritten constitution', the Prime Minister is the leader of the largest party in the House of Commons and Parliament is dissolved at the time suggested by him or her. The monarch retains the ability to deny giving a bill Royal Assent, although in modern times this becomes increasingly more unlikely, as it would cause a constitutional crisis. Queen Anne was the last monarch to exercise this power, which she did on 11 March 1708 with regard to a bill "for the settling of Militia in Scotland". Other royal powers called royal prerogative, such as patronage to appoint ministers and the ability to declare war, are exercised by the Prime Minister and the Cabinet, with the formal consent of the Queen.

In formal terms, the Crown in Parliament is sovereign even though in practical terms the political head of the UK is the Prime Minister (Tony Blair since 2nd May, 1997). However, the real powers of position of the Monarch in the British Constitution should not be downplayed. The monarch does indeed retain some power, but it has to be used with discretion. She fulfils the necessary constitutional role as head of state, and with the absence of a distinct separation of powers in the American model and a strong second chamber, acts as a final check on executive power. If a time came to pass, for instance, when a law threatened the freedom or security of her subjects, the Queen could decline royal assent, free as she is from the eddies of party politics. Furthermore, armed removal of Parliament or Government would be difficult, as the Monarch remains commander-in-chief of the armed forces, who swear an oath of allegiance to her.

As in other parliamentary systems of government, the executive (called "the government") is drawn from and is answerable to Parliament - a successful vote of no confidence will force the government either to resign or to seek a parliamentary dissolution and a general elections. In practice members of parliament of all major parties are strictly controlled by whips who try to ensure they vote according to party policy. If the government has a large majority, then they are very unlikely to lose enough votes to be unable to pass legislation.

In November 2005, the Blair government suffered its first defeat, on a proposal to extend the period for detaining terrorist suspects to 90 days. Before this, the last bill proposed by a government that was defeated in the House of Commons was the Shop Hours Bill in 1986, one of only three in the 20th century. Governments with a small majority, or coalition governments are much more vulnerable to defeat. They sometimes have to resort to extreme measures, such as "wheeling in" sick MPs, to get the necessary majority. Margaret Thatcher in 1983 and Tony Blair in 1997 were swept into power with such large majorities that even allowing for dissent within their parties, they were assured of winning practically all parliamentary votes, and thus were able to implement radical programmes of legislative reform and innovation. But other Prime Ministers, such as John Major in 1992 who enjoy only slender majorities can easily lose votes if relatively small numbers of their backbench MPs reject the whip and vote against the Government's proposals. As such, Governments with small majorities find it extremely difficult to implement controversial legislation and tend to become bogged down cutting deals with factions within their party or seeking assistance from other political parties.

Arms of the British Government (a variation of the Royal Arms) The Government of the United Kingdom contains a number of ministries known mainly, though not exclusively as departments i.e. Ministry of Defence. These are politically led by a Government Minister who often a Secretary of State and member of the Cabinet. He or she may also be supported by a number of junior Ministers.

Implementation of the Minister's decisions is carried out by a permanent politically neutral organization known as the civil service. Its constitutional role is to support the Government of the day regardless of which political party is in power. Unlike some other democracies, senior civil servants remain in post upon a change of Government. Administrative management of the Department is led by a head civil servant known in most Departments as a Permanent Secretary. The majority of the civil service staff in fact work in executive agencies, which are separate operational organisations reporting to Departments of State.

"Whitehall" is often used as a synonym for the central core of the Civil Service. This is because most Government Departments have headquarters in and around the former Royal Palace of Whitehall.

In the United Kingdom, parliament is the centre of the political system. Parliament is an bicameral with an upper house , House of Lords and a lower house, House of Commons. It is the supreme legislative body (i.e. there is parliamentary sovereignty), and Government is drawn from and answerable to it.

House of Commons is also called as lower house in the parliament. The UK is divided into parliamentary constituencies of broadly equal population (decided by the Boundary Commission), each of which elects a Member of Parliament (MP) to the House of Commons. Of the 646 MPs there is currently only one who does not belong to a political party. In modern times, all Prime Ministers and Leaders of the Opposition have been drawn from the Commons, not the Lords. Alec Douglas-Home resigned from his peerages days after becoming Prime Minister in 1963, and the last Prime Minister before him from the Lords left in 1902 (the Marquess of Salisbury).

One party usually has a majority in Parliament, because of the use of the First Past the Post electoral system, which has been conducive in creating the current two party systems. The monarch normally asks a person commissioned to form a government simply whether it can survive in the House of Commons, something which majority governments are expected to be able to do. In exceptional circumstances the monarch asks someone to 'form a government' with a parliamentary minority [2] which in the event of no party having a majority requires the formation of a coalition government. This option is only ever taken at a time of national emergency, such as war-time. It was given in 1916 to Andrew Bonar Law, and when he declined, to David Lloyd George. It is worth noting that a government is not formed by a vote of the House of Commons, merely a commission from the monarch. The House of Commons gets its first chance to indicate confidence in the new government when it votes on the Speech from the Throne (the legislative programme proposed by the new government).

House of Lords is the upper house of the parliament of the United Kingdom. The House of Lords was previously a hereditary, aristocratic chamber. Major reform has been partially completed and it is currently a mixture of hereditary members, bishops of the Church of England known as Lords Spiritual and appointed members (life peers, with no hereditary right for their descendants to sit in the House). House of Lords currently acts to review legislation formed by the House of Commons, with the power to propose amendments, and exercises a suspense veto. This allows it to delay legislation it does not approve of for twelve months. However, the use of vetoes is limited by convention and the operation of the Parliament Acts: the Lords may not veto the "money bills" or major manifesto promises (see Salisbury convention). Persistent use of the veto can also be overturned by the Parliament Act by the Commons. Often governments will accept changes in legislation in order to avoid both the time delay, and the negative publicity of being seen to clash with the Lords.