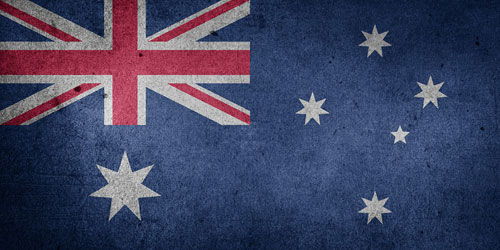 These brave Indians were called Afghans and kept the communication and supply line open between Melbourne and the center of Australia. They would transport goods and mail over Camel backs in the desert. There is no descendant of these Afghans that I could get in touch with. More Indians came to Australia more than fifty years ago while both Australia and India were British colonies. These enterprising Sikhs came to work on the Banana Plantations in Southern Queensland. Today a large number of them live in the town of Wolgoolga (roughly half way between Sydney and Brisbane on the highway. These people have their own Banana Farms and are quite rich. Their riches have come by hard work. There are two Sikh temples in Wolgoolga. One of them even has a Museum on Sikhism.
A large number of British and Anglo Indians who born in India migrated to Australia after 1947. These British citizens decided to settle in Australia in large numbers but are still counted as 'Indian' Nationals in the Census. You will be surprised to find that a full blooded Australian looking old man will whisper to you in Hindi or Urdu. The third wave of Indians came about 25 years ago, just after Australia abandoned its Whites Only policy. Yes, this is a little known fact that Australia until recently was a whites only country. This policy was abolished and many Teachers and Doctors came to settle in Australia.
Another big influx began with the silicon chi revolution. Large number of Indian Computer Software professional started arriving in Australia from 1976 onwards. Today it is hard to go to an IT shop and not find a few Indians working there.
When a military coupe took place in Fiji almost a decade ago and Indians were prosecuted there, many of them came to Australia. Australia and Newzealand provided Refuge to these Fiji Indians. Today there is a large Fiji Indian population in Australia who call Australia there home. These Fiji Indians have changed the face of Indian Australia. While most earlier Indian migration was that of educated professionals, these new Fiji Indians were more dynamic and business going. Their arrival has increased the services enjoyed by all Indians. Now Indians can buy Sarees and Gold Jewelery. There are Indian night clubs and off course, Indian cinema can be seen on weekends. The current wave of Indian migration is that of Engineers, tool makers from India, Gujarati business families from Africa and second level relatives of settled Indians. Most Gujarati families go into business. Engineers and Tool Makers, most of them, find a dead end of job. Being as enterprising as many Indians are, they either go back to College and study programming to land a decent and stable job. Others are venturing into their own businesses. September,98
A new wave of Indian immigrants has hit Australia. Starved of government funding, Australian education institutes are desperately recruiting full fee paying overseas students. Many universities have permanent representatives stationed in India and other Asian countries. Their efforts have been rewarded and a new influx of Indian students is entering Australia. It is estimated that Canberra University which is one of about two dozen universities is recruiting about 500 students every year for last four years. Many regional universities like University of Ballarratt have opened campus in Sydney to cater to these foreign students. Many of these students have paid large sums of fees and are looking for work to support themselves. This has started the transformation the working class. In 1986 a flux of non-skilled Indian immigrants meant that you could see white Australians being replaced by Indians in cleaning jobs. In 1998 we have started seeing the replacement of counter staff and chefs at McDonalds and other places by young,bright and attentive Indian students. I guess the plight of Indian students in Australia is that of Indian student migration to USA during the 1970's. We will see many of these young boys becoming future millionaires in Australia in the year 2010 and beyond.

Arrival of Hinduism in Australia

Around 85% of the Indian students studying in Australia are undertaking higher education in the fields of Information Technology, Engineering, Management, Accounting, Applied Science and Hospitality. However, new fields of study such as Biotechnology, Communication Studies and Art & Design are emerging.

In 2017 there were 70,000 students studying in Australian universities which is a seven-year high.

Why do Indians prefer to study in Australia?

Most Indian students prefer to study in the Australian vocational education and training system and at university level in some of the popular fields of study like business and management, information technology, engineering, tourism and hospitality. Apart from this, Indian students are increasingly studying in a wide range of disciplines at Australian institutions.
Here are just a few reasons why Indians have made Australia their overseas study destination: 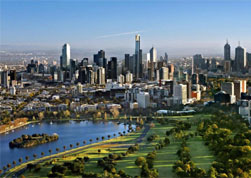 Other Links In Australia