Australia occupies the Southern Hemisphere and has many islands of Indian Ocean, Pacific Ocean and islands of Tasmania. Indonesia, East Timor and Papua New Guinea to the north; the Solomon Islands, Vanuatu and New Caledonia to the north-east; and New Zealand to the south-east are the neighbouring countries of Australia.

Australia is said to be the developed country because it has the high economy and income. Australia has many comparisons to international level like life, health, education, political rights etc.
BEST HOLIDAY PACKAGES 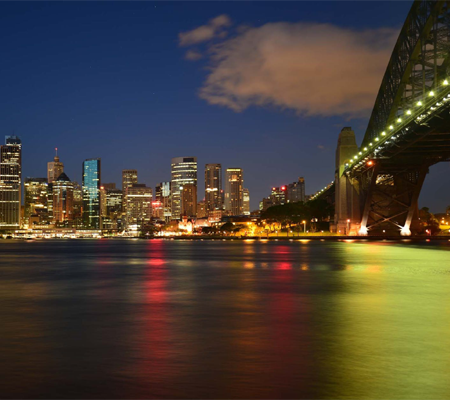 The history of Australia started in 42,000 and 48,000 years ago, people have migrated from different places towards the bridges and sea places in Australia. During 18th century when Europeans settled in Australia, most of the Australians were animal hunters and had the ancient culture and many superstitious beliefs in them.

Australia comprises of six states namely: New South Wales, Queensland, South Australia, Tasmania, Victoria, and Western Australia, and two major mainland territories are: the Northern Territory and the Australian Capital Territory. The Australian climate is influenced by the currents that are produced inside the ocean. Australia is a semi-desert area with wide range of forests and habitats that are found in desert. Australian forest area mostly covers species, eucalyptus trees and wattles. Australia has most dangerous fauna in the Wild parks.

Sydney is the state capital of New South Wales and the most populous city in Australia and Oceania.

Melbourne is the state capital of Victoria and the second-most populous city in Australia and Oceania.

The Great Barrier Reef, off the coast of Queensland in northeastern Australia.

Hobart is the capital and most populous city of the Australian island state of Tasmania.

Roads: There are 3 different types of roads namely: federal highways, state highways and local roads. The roadways are divided into paved and unpaved. The roadways in Australia were constructed in the late 1990s to relieve from the traffic in the city and to cross the waterways.

Metro: Metro is not provided in all the cities. Presently Melbourne, Sydney, Brisbane and Perth's have the partial metro services.

Waterways: During the 19th century, Murray-Darling Basin was used by paddle steamers to transport the wool and wheat but the water level was very high, impossible to travel across the river, so the waterways are not the important means of transportation.