Panchatantra story of the Mice and the Elephants

The Mice and the Elephants

Once upon a time there lived a group of mice under a tree peacefully. But once a group of elephants came that way and destroyed the homes of all the rats as a result of which many of them were crushed to death. Then the king of rats decided to approach the elephant chief and request him to guide his herd through another route. 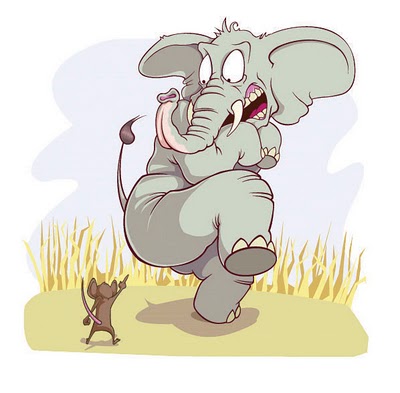