The Ajanta Caves carved out of volcanic rock in the Maharashtra Plateau was not far off from the ancient trade routes & attracted traders & pilgrims through whom the Ajanta art style diffused as far as China & Japan. The Buddhist Monks employed artists who turned the stone walls into picture books of Buddha's life & teachings. These artists have portrayed the costumes, ornaments & styles of the court life of their times.

The artists applied mud plaster in two coats - the first was rough to fill in the pores of the rocks & then a final coat of lime plaster over it. The painting was done in stages. They drew the outline in red ochre, then applied the colours & renewed the contours in brown, deep red or black. The attenuated poses, supple limbs, artistic features, a great variety of hair styles, all kinds of ornaments & jewellery indicate skilled artisans. In a mural in Cave 10, some 50 elephants are painted in different poses bringing out the skill of the artist in handling these bulky forms in all perspective views, with erected tails & raised trunks, depicting sensed danger. The style of the later murals reveals a merging of two streams of art, Satavahana of Andhra & Gupta art of North India. This resulted in the classical style which had a far reaching influence on all the paintings of the country for centuries to come. 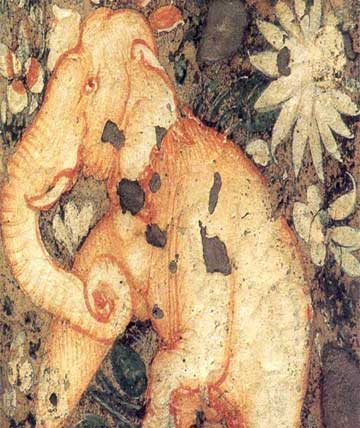 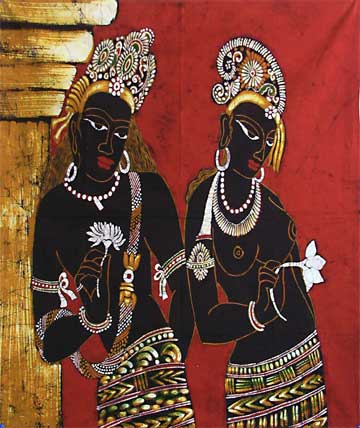 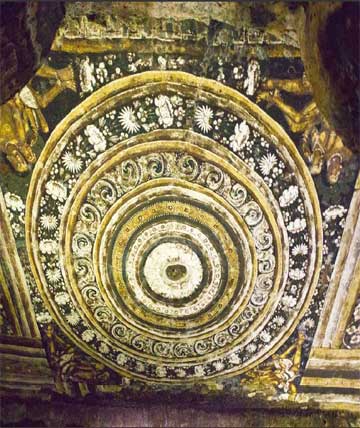 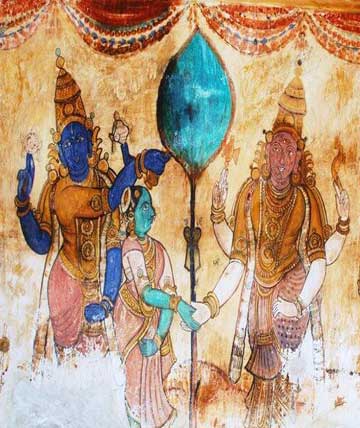 Mural paintings in Ellora are found in 5 caves, but only in the Kailasa temple, they are somewhat preserved. The paintings were done in two series - the first, at the time of carving the caves & the subsequent series was done several centuries later. The earlier paintings show Vishnu & Lakshmi borne through the clouds by Garuda, with clouds in the background.

The sinewy figures have sharp features & pointed noses. The protruding eye typical of the later Gujarathi style appears for the first time in Ellora. In the subsequent series, the main composition is that of a procession of Saiva holy men. The flying Apsaras are graceful . Very few murals in the Jain temples are well preserved. 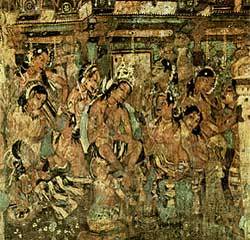 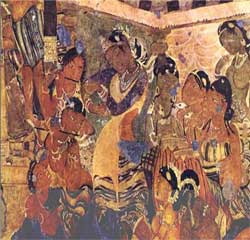 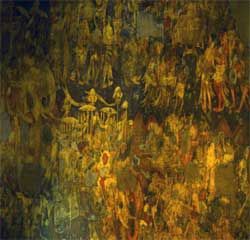 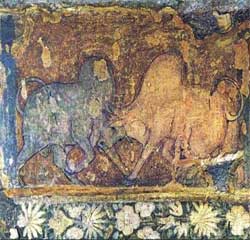 Is your family visiting you?
GET THEN INSURED
Find Affordable
TRAVEL INSURANCE!!
Click here »