Wellington, is the capital city of New Zealand. The Wellington urban area is the major population centre of the southern North Island, and is the seat of the Wellington Region, which also covers the region of urban area of Kapiti Coast and Wairarapa.
BEST HOLIDAY PACKAGES
The urban area includes four cities Wellington, on the peninsula between Cook Strait and Wellington Harbour, contains the central business district and about half of Wellington's population, Porirua on Porirua Harbour to the north is notable for its large Maori and Pacific Island communities, Lower Hutt and Upper Hutt are largely suburban areas to the northeast, together known as the Hutt Valley. 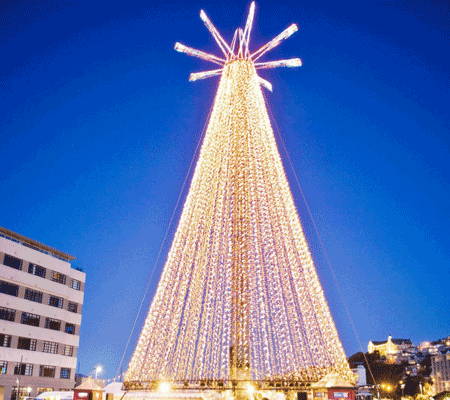 Wellington was named after Arthur Wellesley, the first person of Wellington and victor of the Battle of Waterloo. The Duke's title comes from the town of Wellington in the English country of Somerset.Wellington suffered serious damage in a series of earthquakes in 1848 and from another earthquake in 1855. The 1855 Wairarapa earthquake occurred on a fault to the north and east of Wellington.

It is listed as the most powerful earthquake in recorded New Zealand history, with an estimated magnitude of at least 8.2 on the Moment magnitude scale.Wellington is marketed as the coolest little capital in the world' by Positively Wellington Tourism, an award-winning regional tourism organisation set up as a council controlled organisation by Wellington City Council in 1997. The organisation's council funding comes through the Downtown Levy commercial rate.

Wellington is the political capital of New Zealand. The city is compact, cultured and full of character.Wellington is a capital city with a great deal of style.

It's the home of Pataka Art + Museum, a popular and diverse museum and art gallery.

Upper Hutt is a city for fresh air and outdoor fun. Hike or bike in the hills, fish in the river and stroll some of the 50 parks and reserves.

Kapiti Island is a nature reserve hosting some of New Zealand’s most endangered birds. Its protected waters are home to an abundance of marine life.

Bus Routes: Wellington has an extensive network of bus routes. Routes are determined by the Regional Council, which regulates commercially-provided services and solicits bids from private operators to run the services it is prepared to subsidies. The largest operator is NZ Bus, which provides services for most of Wellington city under the GOWellington brand and for the Hutt Valley under the Valley Flyer and Runciman Motors brands.

Trains: The suburban passenger trains will run through only these two cities Wellington and Auckland. Wellington's rail network is used primarily by commuters travelling to and from the central city - all lines converge on Wellington Railway Station. There are two major rail corridors in Wellington. The North Island Main Trunk runs along the western coastline, passing through Porirua and Paraparaumu to Waikanae on the Kapiti Coast, the Wairarapa Line runs along the edge of Wellington Harbour and then up the Hutt Valley, passing through both Lower and Upper Hutt.

Cable Car: The Wellington Cable Car, which runs between the central city and the hill suburb of Kelburn, is something of a Wellington religious art. It is used by commuters travelling to and from work, by people travelling from the city to the Wellington Botanic Garden, and by students at Victoria University.