Rome, is a capital city of Italy. With 2.8 million people in 1,285.3 km, it is also the country's largest and fourth most populated city. The city is located in the central-western portion of the Italian Peninsula, on the Tiber River within the Lazio region of Italy. Rome is referred to as "The Eternal City," a word expressed by ancient Roman poets and writers.
BEST HOLIDAY PACKAGES
Rome is famous for archaeological evidence of human occupation of the Rome area from at least 14,000 years ago, but the dense layer of much younger debris obscures Palaeolithic and Neolithic sites. It has the history of old stone tools, pottery and stone weapons attest to at least 10,000 years of human presence. 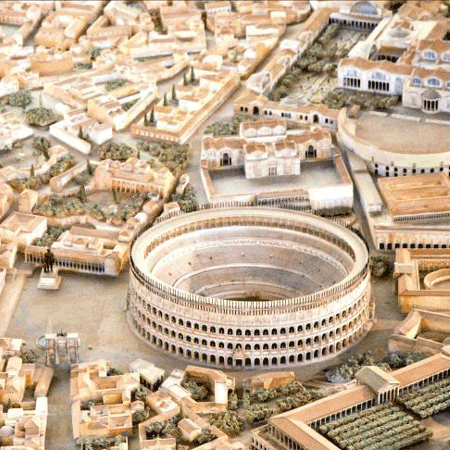 Rome's history is about two and a half thousand years. It was the capital city of the Roman Kingdom, the Roman Republic and the Roman Empire, which had a strong power in Western Europe and the lands bordering the Mediterranean for over 700years from the 1st century BC until the 7th century AD and the city, is regarded as one of the birthplaces of western civilization.

In the middle of the 15th century saw the center of the Italian Renaissance move to Rome from Florence. The Papacy wanted to equal and surpass the grandeur of other Italian cities and to this end created ever more elegant churches, bridges, squares and public spaces among them, the most famous are Saint Peter's Basilica, the Sistine Chapel, Ponte Sisto and Piazza Navona. The Popes were also patrons of the arts engaging the best artists, namely: Michelangelo, Perugino, Raphael, Ghirlandaio, Luca Signorelli, Botticelli, and Cosimo Rosselli. Rome is mainly Roman Catholic, and the city has been an important centre of religion and pilgrimage for centuries, the base of the ancient Roman Religion with the high priest of the College of Pontiffs and later the seat of the Vatican City and the pope.

The Colosseum or Coliseum, also known as the Flavian Amphitheatre, is an oval amphitheatre in the centre of the city of Rome, Italy.

The Papal Basilica of St. Peter in the Vatican, or simply St. Peter's Basilica, is an Italian Renaissance church in Vatican City, the papal enclave within the city of Rome.

The Roman Forum, also known by its Latin name Forum Romanum, is a rectangular forum surrounded by the ruins of several important ancient government buildings at the center of the city of Rome.

The Trevi Fountain is a fountain in the Trevi district in Rome, Italy, designed by Italian architect Nicola Salvi and completed by Giuseppe Pannini and several others.

Roads: Rome is at the centre of the radial network of roads that roughly follow the lines of the ancient Roman roads that began at the Capitoline Hill and connected Rome with its empire. Due to its location in the centre of the Italian peninsula, Rome is a principal railway node for central Italy. The city suffers from traffic problems largely due to this radial street pattern, making it difficult for Romans to move easily from the vicinity of one of the radial roads to another without going into the historic centre or using the ring-road. These problems are not helped by the limited size of Rome's metro system when compared to other cities of similar size.

Railway: Rome's main train station is one of the biggest train stations in Europe and the most heavily used in Italy, with around 400 thousand travellers passing through every day.

Airports: Rome is served by three airports. The intercontinental Leonardo da Vinci International Airport is Italy's chief airport and is commonly known as "Fiumicino Airport", as it is located within the nearby Comune of Fiumicino, south-west of Rome.The older Rome Ciampino Airport is a joint civilian and military airport. It is commonly referred to as "Ciampino Airport", as it is placed beside Ciampino, south-east of Rome.The Roma-Urbe Airport is a small; low-traffic airport located about 6 km north of the city centre, which handles most helicopter and private flights.