Kalamkari literally means, Kalam - pen & kari - work, i.e., art work done using a pen.  Vegetable dyes are used to colour the designs applied on cloth.  The art of painting using organic dyes on cloth was popular in several parts of India, but this style of Kalamkari flourished at Kalahasti (80 miles north of Chennai) and at Masulipatnam (200 miles east of Hyderabad).

The Kalamkari tradition chiefly consists of scenes from Hindu mythology. Figures of deities with rich border embellishments were created for the temples.  In Masulipatnam, the weavers were involved in the block printing art, while at Kalahasti, the Balojas (a caste involved in making bangles) took to this art.

Owing to Muslim rule in Golconda, the Masulipatnam Kalamkari was influenced by Persian motifs & designs, widely adapted to suit their taste. The outlines and main features are done using hand carved blocks. The finer details are later done using the pen.

Under the British rule the designs as well as the end use of the fabric differed - for garments as well as furnishings. During this period floral designs were popular. The artisans were made to create even portraits of English men.

The artists use a bamboo or date palm stick pointed at one end with a bundle of fine hair attached to this pointed end to serve as the brush or pen.

The dyes are obtained by extracting colours form parts of plants - roots, leaves along with mineral salts of iron, tin, copper, alum, etc., which are used as mordants. 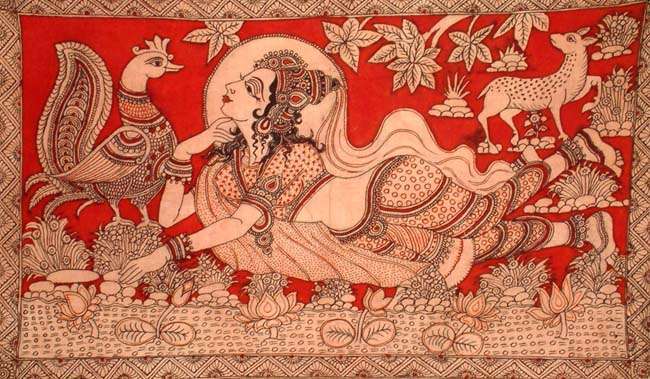 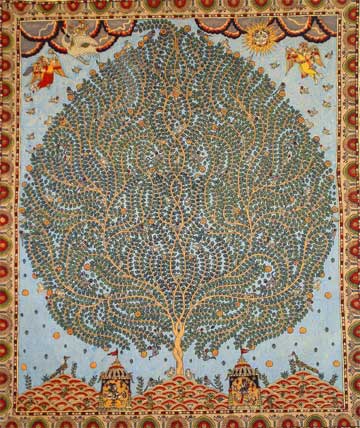 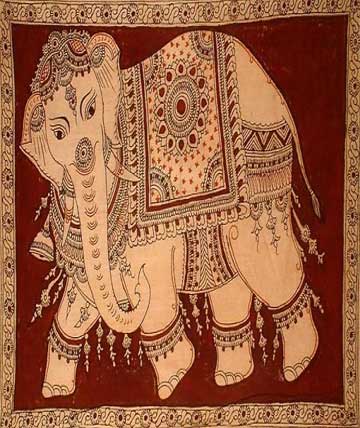 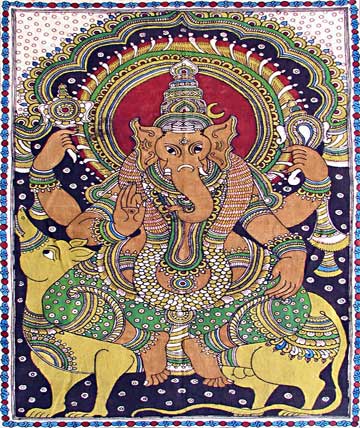 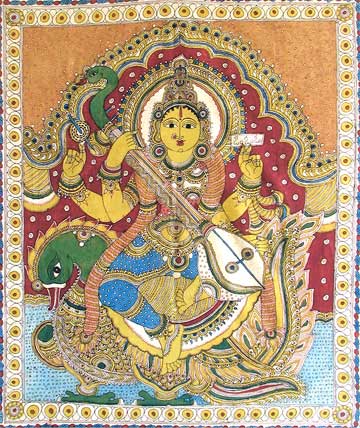 Karrupur is a style of Kalamkari that developed in the Thanjavur region during the Maratha rule. The Kalamkari work was a further embellishment to the gold brocade work in the woven fabric, which was used as sarees & dhotis by the royal family during the period of Raja Sarfoji and later Raja Shivaji.

After independence of India, the Handicrafts Development Board took up the task of reviving this art, which had dwindled due to lack of buyers.

The specialty is that the finished products are mellow. Bright colours are used but the finish is not gaudy. The fabric looks better and better with further washing, with the designs standing out even better against the background.

The world over, people are turning away from dangerous chemical dyes. The harmless, naturally dyed fabrics are used for Kalamkari paintings. The artists believe in using natural dyes, extracted from bark, flower and root. One would be stunned to know that the colour red is obtained by using the Indian madder root, yellow from the pomegranate seed or even mango bark, and black from myrobalam fruit. No chemical dyes are used is producing kalamkari colours! 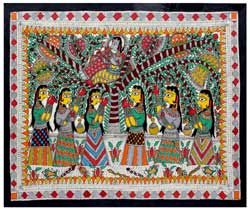 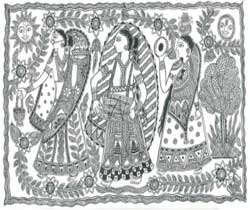 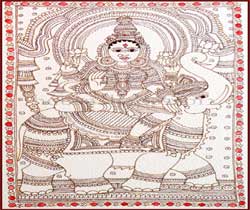 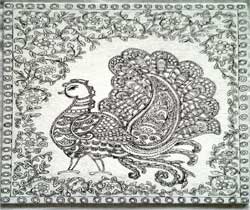