Warli painting, one of the most intriguing forms of Indian folk paintings. Warli paintings come from the Indian state of Maharashtra. A traditional Warli painting depicts a normal work day in the life of the Warli tribals.

The Warlis live in hamlets of thatched mud-huts which are constructed around a central cell. Research states that the Warlis are the propagators of a tradition which originated some time in the Neolithic period between 2,500 BC and 3,000 BC. At harvest time and at weddings and births, their homes are decorated with a vocabulary of patterns. This is the tradition which gave birth to Warli paintings.

A Warli painting contains all the events of the past, the stillness of the present and the possibilities of the future within it. Its greatest attraction is its lack of pretentiousness in conveying the profound: it is done through simple folk symbols drawn with bold, easy strokes and uncluttered with none but the most minimal colors since none is needed to draw attention to their message. 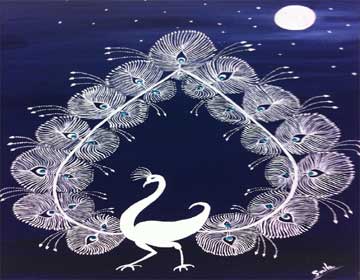 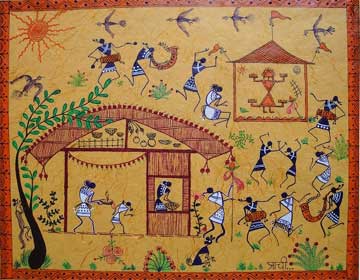 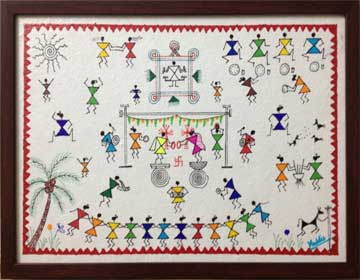 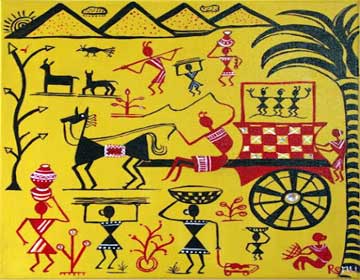 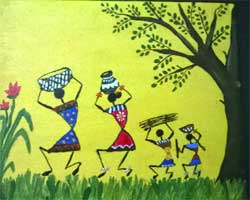 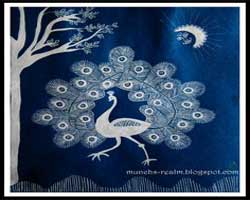 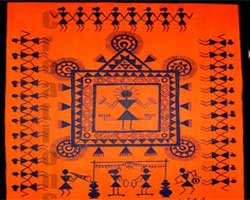 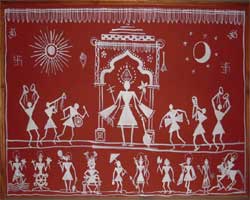