1. Why did you leave India?
Left to live in Oman in '82 as parents moved there. Came to the US in '91 to attend college and now I work and live here.

2. Do you plan to return to India to settle down?
No. Unless I was made a deal I could not refuse!:) (never say NEVER)

3. What do you like most about being abroad?
Not being forced to live under a set of rules because of the ever important question that is asked "What will the relatives or people say about that???". Who cares so long as you are happy and not hurting someone else.

4. What do like least about being abroad?
Not being able to spend as much time as I want with family.

5. Would you be concerned about raising your family outside India?
No.

6. What are your thoughts about marrying outside your immediate community, someone who speaks a different language or practices a different religion?
I married someone who is all of the above, so I guess I approve of it..remember...BEAUTY lies in the EYE of the BEHOLDER...We are all human...Blood is always RED!

7. What would be the first thing you would do if you became the Prime Minister of India?
Reduce the size of the Indian Cabinet to about 12-15 ministers who will be picked from people with skill not professional politicians and give them the complete unfettered authority to get the job done!

9. What do you think are the biggest problems facing India? (max 3)
1. Let's face it, we are supposed to be a democracy...My biggest issue is that people have grown complacent to accepting less from the leadership...if they want better...they need to speak up...and elect people who will get the job done.
2. Government's indecision on several matters that have long term strategic implications to the country.

10. Do you think that a presidential form of government would better serve the needs of India's democracy?
Yes, I would have to agree...So that no NETA of the PEOPLE can start a VOTE of NO confidence just because he does not like the cologne that the PM was wearing...

11. For whom do you have the highest regard amongst living Indians?
For the JAWAN that mans the post guarding India's borders at risk to his own life and even for whose sake the government will not develop a straight shooting policy to deal with that menace!

12. Do you think that the national obsession with Cricket has helped or has it hurt India as a sporting nation?
Cannot say totally...but from what I see in the Indian Papers...it might be one of the last threads that holds the Indian nation together without regard to race, color, religion, sex, etc.

13. What do you think are India's greatest achievements since Independence? (max 3)?
1. Developing itself into an IT Power
2. Keeping the Peace as much as possible within the religions, its still one country, even after everything that has happened in the last 50 odd years.

14. What is your favourite pastime?
Traveling.

15. What is your happiest memory?
I have many happy ones, so I will not choose any one.

16. What's your most memorable journey?
To Paris and Copenhagen in '02.

19.What are your favourite books (please list authors as well)? (max 3)
1. The Rumsfeld Way
2. Straight from the Gut - Jack Welch
Many others that I just cannot choose from.

20.A message from you to other NRIs
I firmly believe that if you choose a country other than India to live in, take the time to see that country, experience its society, meet its people and then decide if you like it. Don't just be sticking to Indians as this beats the whole purpose of living in another country...Making money should not be the sole goal with trips to India tied in yearly. 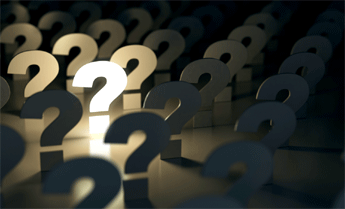